PROPERTY: Real estate crowdfunding, how does it work?

Crowdfunding is more than just an investment method with a growing reputation. From click to profit, back to the participatory financing applied to real estate. 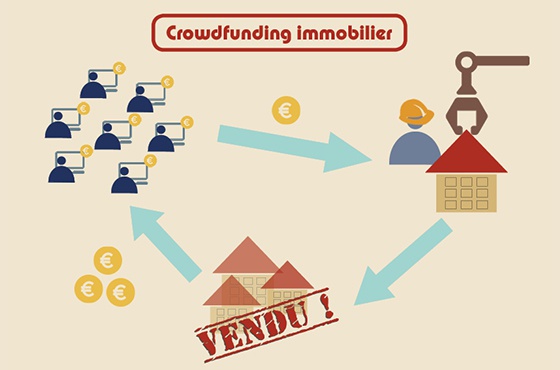 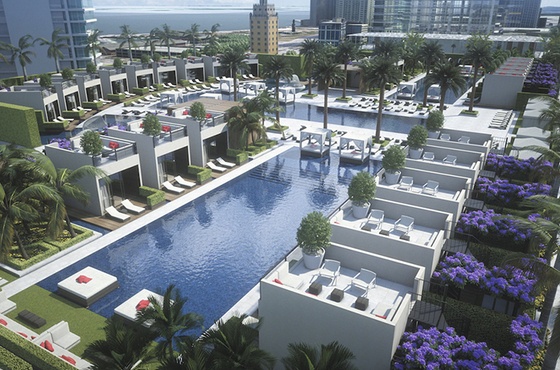 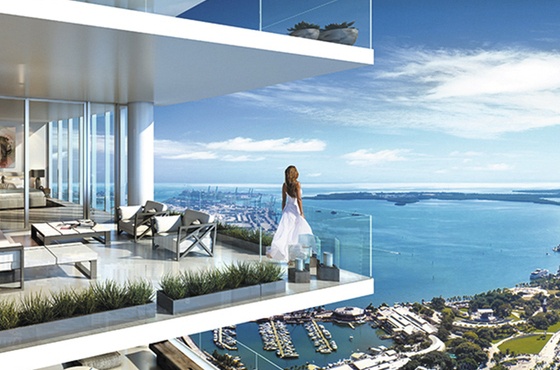 Since its first beginnings at the end of the 1990s, crowdfunding has won the hearts of Internet users and conquered many sectors (musical, cinematographic, technological...). In 2010, some French platforms are starting to take an interest in real estate. Today, there are about fifteen of them offering private individuals the opportunity to invest, in groups, in the same project.

The practice has been a great success with crowdfunders, as shown by the figures recently published by the professional association Financement Participatif France*. Already 1.75 million French people have co-financed a project since the creation of these platforms. All areas combined, fundraising doubled in the first half of 2015 compared to the previous year, from €66.4 million to €133.2 million. Real estate represents 28% of capital investment projects (which amount to €24.3 million).

Real estate crowdfunding is taking off because it proposes to simplify property investments as much as possible. Indeed, it is enough for the Internet user to register, click and wait for the end of the project. However, not all clicks are equal and each project represents a particular commitment and financial package.

Financial plan: how investing your money?

Each financial plan has its own set of advantages and risks, so it is preferable to be familiar with how they work before signing.

The SCI plan is very often used on French participatory financing sites. The investor acquires shares in a SCI (Société Civile Immobilière). He is a shareholder of the project, hired for an indefinite period. While the crowdfunder certainly makes a profit, he is also liable in the event of debts, legal problems or failure to market.

The investment by bond issue for an SAS. This simplified joint stock company in charge of the real estate project borrows from crowdfunders via a bond issue. The latter receive their interest once all the lots have been sold.

Establishment of a holding company with shares in a SCCV. Investors contribute to the creation of a holding company that holds shares in a SCCV (Société Civile de Construction Vente) created by the promoter. The SCCV is fully responsible for the implementation of the project and disappears once it is completed. The crowdfunder recovers its stake and profits once all the prizes have been sold.

Bond issue on a holding company. A holding company borrows the necessary funds from Internet users via a bond issue and then finances the SCCV in charge of the project. The investor earns interest on the loan amount once the marketing of the lots is completed. These last two financial arrangements represent a minimal risk because the crowdfunder cannot lose more than the amount initially committed.

You can make your investment in three types of real estate projects. The minimum amount committed is generally €1000 and, in any case, the earnings will be collected as soon as the project has been sold in full. It is therefore preferable to find out about the state of the market and choose a compatible project.

By choosing a New development, the crowdfunder completes the amount necessary to carry out the project and can obtain a return on investment ranging from 8 to 12%.

For an investment in the Old, the investor who owns a share of the property (bought by a SCI) earns a percentage of the annual rent ranging from 5 to 8%, as for the temporary investment.

In this third case, the down payment is used to finance a renovation or rental project for a potential gain limited in time (between 1 and 7 years).

The tax impact of the investment depends directly on the financial package applied.

With the creation of a SCI, the individual becomes co-owner of the project and is therefore subject to property taxation.

The profits resulting from an investment by bond issue are subject to CSG-CRDS and income tax. In addition, a 24% down payment is made upon receipt of the return on investment.

With the holding company acquisition system with shares in a SCCV, the shareholder can place his shares in a PEA (Plan d'Epargne en Actions). It is thus exempt from most taxes. Only social contributions (CSG-CRDS) are due after 5 years and at the time of withdrawal of the funds.

Participatory financing has several advantages for both the developer and the investor. For the developer it is a contribution of money obtained quickly and easily that provides its own funds, which is therefore less restrictive than a bank loan. This allows small promoters to embark on more ambitious projects.

For investors, who share the promoter's profit margin, it is a simplified approach because crowdfunding platforms and promoters have handled everything.

The risks exist but are limited and proportional to the announced profitability. As with any other investment, the money invested may be lost. Construction costs can also increase, thereby reducing the profit margin and the gain to be received.

Before starting, it is important to check the strength of the project, the duration of the blocking of funds and the pre-commercialization rate of the lots. For greater security, it is better to use platforms that are perfectly transparent, comply with current regulations and are approved by the financial authority.

Less risky than a traditional financial investment, real estate crowdfunding remains a real estate investment where there is no such thing as zero risk. The question is whether this this type of investment is right for you.