A villa with a sea view on the French Riviera, a beautiful waterfront apartment in the Algarve, a pavilion in Spain... Many French people dream of owning a pied-à-terre to enjoy their holidays in France or abroad. 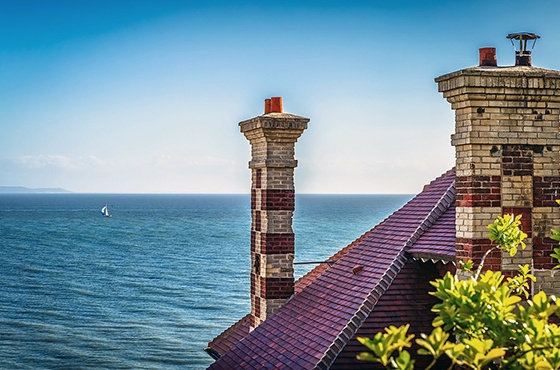 The French and the second home

According to a recent ODI Crédit Foncier survey conducted by the Cabinet Elabe (May 2018), 40% of French people would like to acquire a second home while 13% say they own one (inherited for 26% of them). In the mountains or by the sea, a chalet in the Alps or a beautiful house with a sea view in Brittany... French people dream of their own little piece of paradise a few hours from their city of residence (maximum 4 hours of travel on average).

This enthusiasm for real estate assets is confirmed by an INSEE survey ("Les Conditions de Logement en France") published in 2017. Indeed, the housing stock of the second home is estimated to have increased by 28% between 1987 and 2017. There are thus 3.4 million second homes in France (out of 34.8 million homes).

According to the ODI, 60% of the French people's second homes are in France. Occitania, Auvergne, Rhône-Alpes and Provence-Alpes-Côte-D'azur are the regions that count the most, and the coastline is very popular! Indeed, 40% of secondary home owners have chosen the sea while among those who wish to acquire it, 60% prefer the seaside.

While most investors choose France for the purchase of their second home, they also look abroad. It is no longer a secret that Portugal is a highly sought-after country for the purchase of a second home, especially among retirees. Indeed, they can benefit from certain tax advantages provided they obtain the status of non-habitual resident (for this they must reside in Portugal for at least 183 days per year). According to the CCIFP, there are currently more than 50,000 French people living in Portugal who are not habitually resident in Portugal. In 2017, out of 153,292 real estate transactions recorded, the share of foreign investors would be 25%, with the French leading the way. They thus represent 29% of foreign investors in Portugal (11,114 properties sold).

Spain is also one of those destinations that the French are very fond of. They are the second largest foreign investors in the country after the British and represent 8.64% of the transactions carried out in 2017 (Spanish Registry / Idealista). Here again, the sea prevails and the most popular provinces are Alicante, Tenerife, the Balearics, Malaga and Girona.

The houses make the hearts of the French swing. Indeed, whether in France, Spain or Portugal, houses and villas crystallize more requests than apartments.

Find your second home in Spain, a house by the sea in France or a property in Portugal on Mer et Demeures.